Role Play? Ummmm, No Thanks! 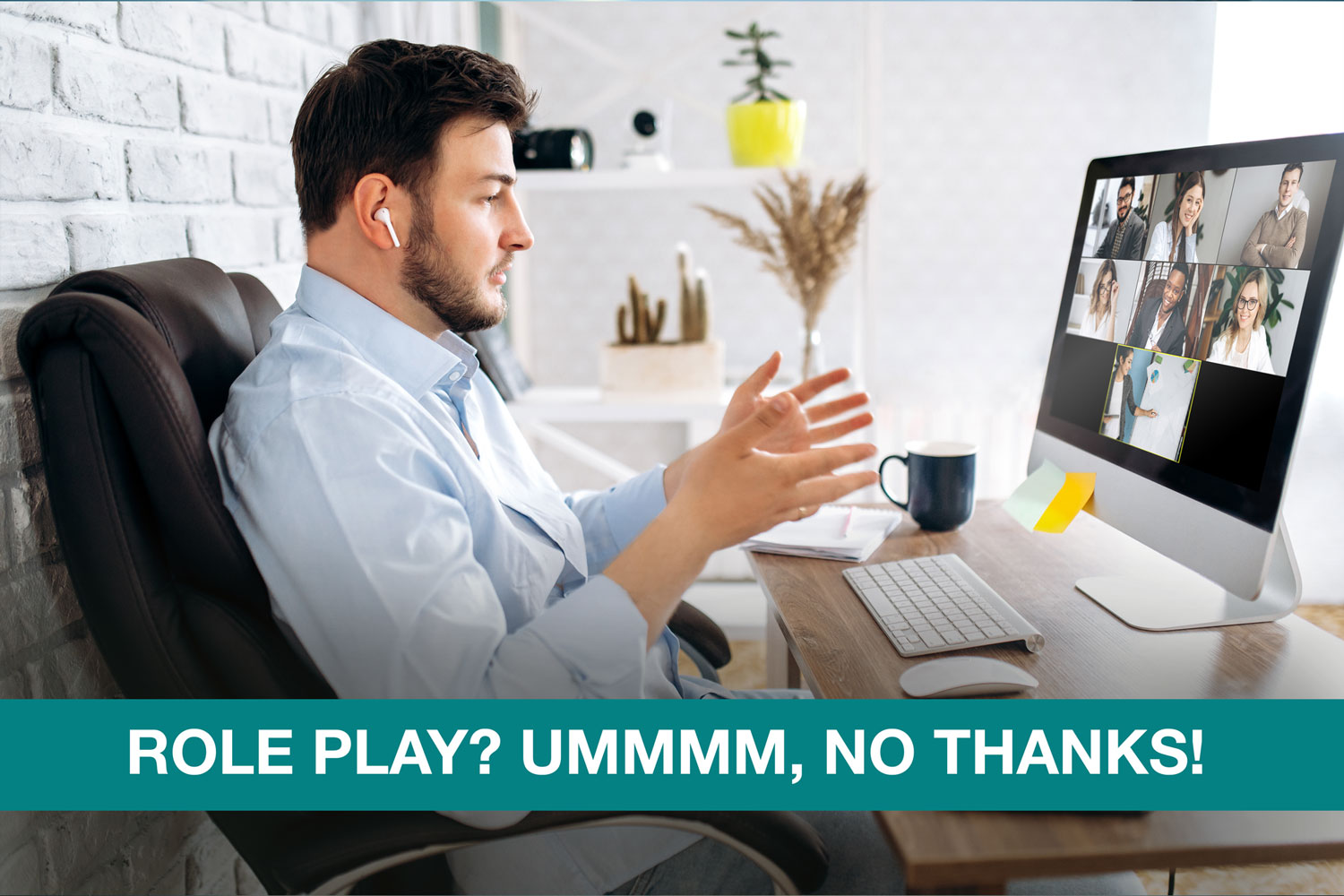 When I hired Kristin Isaacson now 6 years ago as my "team coach," these were my exact words to her when she asked if we could implement role play in my agency.

For my first 17 years as an agency owner, I had never asked my team to role play, had never done it myself, and pretty much thought it was the dumbest idea she had ever had. How wrong I was...

Fast forward 6 years, I truly cannot believe I ever led my team without doing this on a regular basis, as in daily. In my 24 years as an agency owner, I can 100% positively without a doubt say there is not a single other activity or type of training that has had the impact that daily role play has on my agency.

Believe me, had you told me 6 years ago that I would co-host a training platform that was centered around this I would have called you crazy. It is probably the most ironic thing in my life because I was that guy who knocked it, said it was not realistic and did not believe in it at all.

Role play is simply a fancy couple of words for "practice," that's it! Can you imagine an NFL player just showing up on Sunday and saying "Coach, I know you didn't see me all week at practice, but put me in the game!?" There is zero chance of that, right? The best players practice every day so that they are prepared for game time. That is no different than what we need to do when selling insurance. You practice every day on your craft, you will be so much better prepared when you are on a real call, I promise!

The entire reason I created RPOA and centered it around this one activity is because of the impact I saw it have on my agency. I can guarantee if you commit to role playing on a regular basis, whether you use our platform or just come up with your own topics, you will see a huge lift in your numbers and your success as an agency. There is ZERO chance that will not happen.

This week alone I have heard from two members who have seen amazing lift from this activity. And it's funny because they have both been members for over a year, but recently decided to go ahead and try this role play thing in their own offices. I was actually surprised they hadn't already been doing this, lol. They thought you just watch the webinars and poof, your numbers go up. Well, it doesn't work that way - you have to do the hard work and practice yourself.

In summary, don't be me, lol! Whatever you role play, whatever you practice, just commit to doing it regularly. Nobody is good enough to only show up when the game starts!

Get Guaranteed Results and Join Us in Making 2021 the Best Year Yet!